2019 marks the official Year of Culture between Qatar and India. As part of this collaboration, senior Qatari artist, Mr. Faraj Daham was invited to Mumbai for a month long residency at WAA Residency, Mumbai from April 20th – May 20th.

Daham was certain about the purpose of his visit to India, he expressed, “I have come as someone who appreciates art but also as the representative of Qatar to help with the exchange between India and Qatar. I haven’t looked at this like a holiday or a tour of India. I was very clear about what I wanted to do and this was a challenge.”

Daham took a week to settle into Mumbai and he immediately started work thereafter. With his ongoing Masters Degree in Fine Art from the US, he was keen on looking at the manuscripts in India and using that as a starting point for his work. His choice of material was pigment-henna (a dye prepared from the plant Lawsonia inermis) — omnipresent in India! Daham was interested in exploring different tone variations with different pigments, selectively mixing red, green and black henna available in the market, to achieve different results ranging between tones and later controlling the mixture to achieve a particular result. “The residency gave me the time to use my senses ranging between the natural tones; smell and texture to experiment with the pigment. India has so much to offer and Henna is one of the most beautiful materials – you can smell the essence of life in it.” 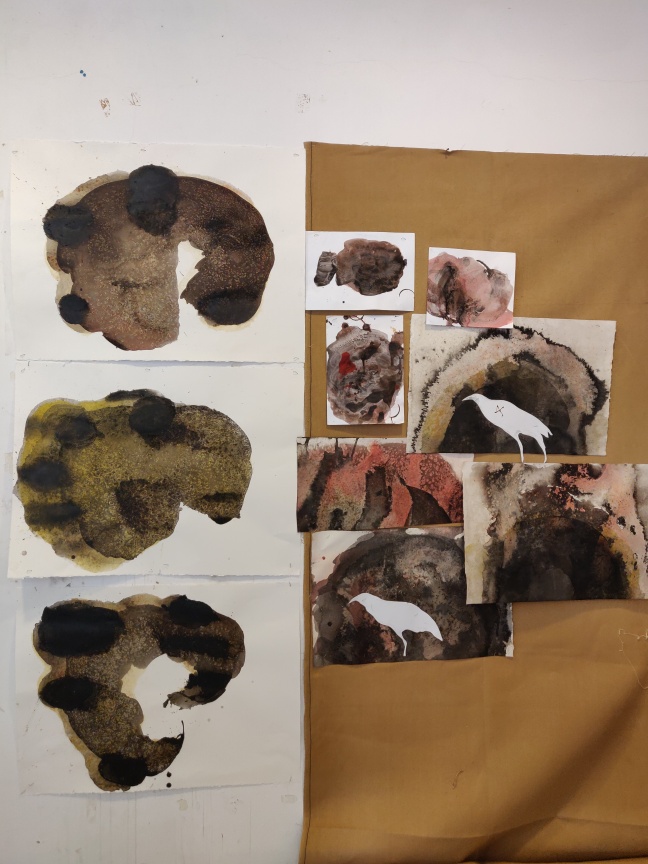 Even though Daham had previously worked with henna in Qatar he was inquisitive about it’s relevance in India and it’s interconnection with peoples life. During Daham’s time in Mumbai, What About Art arranged for various interactions with Indian collectives, curators, art critics, and artists. Daham enjoyed his interactions with Ranjit Hoskote, Sahej Rahal, and Clark House Initiative.

Daham visited the Kochi Muziris Biennale along with WAA Director Eve Lemesle. The WAA team organised for Daham to see traditional arts and crafts at the museums in Mumbai: Dr Bhau Daji Lad and CSMVS and took him to block printing workshops. Daham was also able to get a glimpse of the vibrant contemporary art scene in Mumbai, having attended 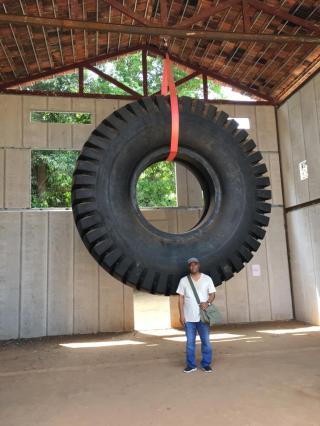 Daham tried to move away from the tourist gaze and looked at the street for inspiration and “find the essence of Mumbai and experience the lifestyle”. When asked if he would return to India for a project or a residency, Daham responded, “Yes! Definitely I would like to… in India, the life style and culture all work in harmony, there is a natural discipline in the population, traffic and even the environment. There is harmony between the sounds, the motion and all the senses.”

It was a truly wonderful experience to have an artist like Mr Daham at the residency. It was inspiring to see how immersed he is in his practice and how easy art-making comes to him. The sight of him coming into the studios early in the morning and working through the whole day was greatly appreciated by the other artists and pushed them to also create in the same way. Each day would see a new series of work being created which is a testament to his success as one of Qatar’s most prolific artists.

Mr Daham was also extremely curious about his surroundings, the culture and people of Mumbai. Having him at the residency pushed us to think outside of the box in terms of sourcing materials and scheduling activities. We were able to see the city and its crafts through a new lens which was very insightful for the whole team.

We really enjoyed setting up the interactions with younger artists, as it gave them exposure to his practices and his ways of art-making. We could see how beneficial this was through the Carpe Arte studio visit as many stayed on after to have deep discussions with him about being a professional artist and what methods he employs in his practice. His background as a conceptual artist and mentor was greatly appreciated as it informed all his discussions with visitors and the team, making it a two way exchange of thoughts and ideas.

WAA is very grateful to have worked with Mr Daham and we look forward to hosting more Qatari artists in the future!

WAA Residency was launched in 2013 with the aim to facilitate and support art practice. One of the few art residencies in Mumbai, India, the residency provides individual studio space, professional networking opportunities and an intellectually stimulating environment for dialogue on visual arts practices for artists and curators. In addition, the residency regularly organises artist talks and open studios. The residency is situated in the heart of Mumbai in Bandra, a vibrant neighbourhood, not far from the art district where galleries, museums and art spaces are located. 9 spacious studios situated in a quiet lane above the WAA office and project space.